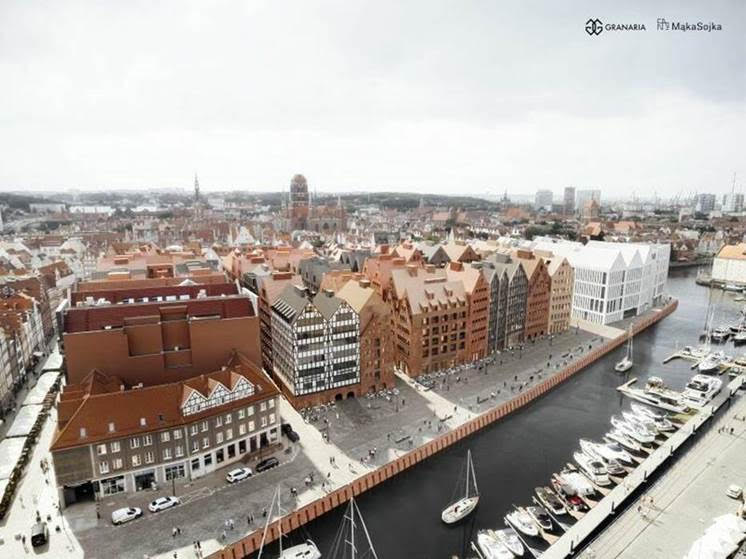 On February 2, the cornerstone was laid for the second and final stage of the revitalization of the northern headland of Granary Island, which is to end at the end of 2023. Thus, the transformation of this historical fragment of Gdańsk will be completed. At that time, the Granaria company will build, among others apartment buildings located in the quarter between Pożnicza and Basztowa Streets.

There will be over 500 apartments of various sizes. A hotel will also be built (approximately 40,000 sq m of residential, hotel and public utility space in total). The construction of two underground levels of the car park is already underway. The project was created in the Mąka Sojka Architekci studio and, according to the assumptions, the finishing of the buildings in red brick is to refer directly to the style in which the historic granaries were built.

As part of this investment, Granaria will also implement the following public goals:

The reconstruction of the marina will allow to increase the number of berths for yachts, and thanks to the fact that the Stągiewny Bridge will be a drawbridge, vessels will be able to move freely on the Motława River and around the island.